Bridges have been used since ancient history though the technique of binding logs has been replaced by modern materials shaped into well-designed structures to resist applied loads. Here are the different types of bridges that exist in the world today

Different types of bridges have been constructed since ancient times. These bridges were simple in nature, consisting of only trees tied together and used to cross rivers or channels. Gradually with the progression of civilization, other robust materials were used like stones and rocks to build longer bridges that used simple supports. Later the Romans built bridges that were of a uniform material strength by using cement consisting of lime, sand, rock, and water replacing natural stones that possessed varied strength. After the Roman era, bridges were built by using mortar and bricks. After the industrial revolution, wrought iron was initially used for the bridges, but since it did not possess adequate tensile strength to withstand large loads, it was later replaced by steel. In the present era of advanced technologies in all the disciplines of engineering, several computer programs have been developed that can design bridges with an accurate analysis of bridge performance under the different forces acting on it.

Bridges are designed in accordance with their planned use. For example the materials selected for trains, road traffic, or pedestrian paths are selected for their mechanical properties. The bridge design determines how tension, compression, shear, and torsion are distributed on the structure. The common bridges used are beam, cantilever, arch, suspension, truss, and floating bridges. They are different from each other in the materials used, construction techniques, shape, and span of the bridge. Beam bridges consist of reinforced steel girders that transfer the loads on the piers located at each end, while the cantilever bridge consist of two beams that are supported at one end only. Arch bridges are arch shaped with their weight being forced into the supports at each end and with construction materials that are light and posses high tensile strength. Similarly, other bridges are constructed according to their requirements.

Tensile and compressive forces are present in all types of bridges. An efficient bridge design ensures that these forces are resisted without buckling, by either transfer of these forces to the areas of greater strength or dissipation of the forces over a larger area. The transfer of loads occurs in a suspension bridge, and dissipation of loads takes place in an arch bridge. The weight of the bridge is concentrated on the supports at the middle and the ends by the use of cables, girders, and arches. The supports rest on firm rocks, or reinforced boxes that are filled with concrete and sunk into the ground. The bridges are normally made from steel beams and steel since these materials possess the capability to resist the compressive and the tensile forces.

Nations are spending huge amounts on bridge designs, construction, and maintenance because the reliability of highways and bridges has a significant effect on the economic growth of a country. The aim of future bridge designs is to construct bridges that are economical and long lasting by controlling corrosion, reducing structural maintenance, and having safe flexibility for modifications according to traffic demands and resistance to earthquakes, floods, overloads, and collisions. These goals can be achieved by using advanced materials, modern design and construction techniques, and superior inspection procedures. The challenges can be achieved by a joint strategy of the highway department, research by universities, construction industry, heavy vehicle producers, and the users. Research activities need to be broadened and enhanced in the fields of steel bridge and fabrication technology, inspection procedures, and improved design by using modern computer programs. The engineers are exploring modern bridge design concepts, including new bridge shapes, use of superior materials, improved fatigue performance by ultrasonic impact treatment, concrete manufactured according to specific site conditions, and elimination of joints by using integral abutment construction, thus avoiding water leakage and corrosion. 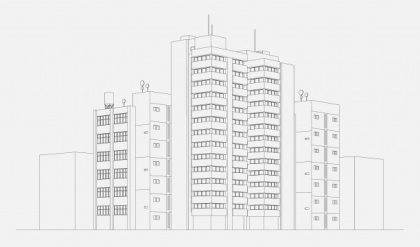 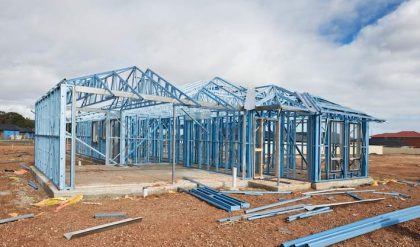